My first big collaborative project since I joined Microsoft just went live.  And I don't think it's bragging to say I'm really proud of what we produced.  In a very compressed timeline, these 7 MVPs produced a chapter each on their specified topic.  See info below


SQL Server on Azure Virtual Machines
Packt Publishing has produced a 171 page technical manual for SQL Server on Azure Virtual Machines, Microsoft’s infrastructure as a service (IaaS) offering for SQL Server. The book draws on expertise from seven Microsoft MVPs (Joey D'Antoni (t), Louis Davidson (t|b), Allan Hirt (t|b), John Martin (t), Anthony Nocentino (t), Tim Radney (t|b), and Randolph West (t)) and provides an overview of Microsoft's Azure SQL family of SQL Server–related data services in the cloud. It also provides tips for getting started and hero capabilities as well as deep dives into security, Linux, and performance. Finally, best practices are shared for cloud migrations and hybrid scenarios across on-premises and cloud environments. Live in EN-US the last week of April.
You can download it for free HERE
Learning Objectives
By the end of this book, you will be able to:
• Choose an operating system for SQL Server in Azure VMs
• Use the Azure Management Portal to facilitate the deployment process
• Verify connectivity and network latency in cloud
• Configure storage for optimal performance and connectivity
• Explore various disaster recovery options for SQL Server in Azure
• Optimize SQL Server on Linux
• Discover how to back up databases to a URL

Audience
SQL Server on Azure Virtual Machines is for you if you are a developer, data enthusiast, or anyone who wants to migrate SQL Server databases to Azure virtual machines. Basic familiarity with SQL Server and managed identities for Azure resources will be a plus. Approach This book incorporates every aspect of SQL deployment on Azure with a perfect blend of theory and hands-on coding. Each chapter is designed to build on the learnings of the previous lesson.
About the Authors

Louis Davidson is a data architect for CBN in Virginia Beach, VA; telecommuting for many years from Cleveland, TN (which is not even as glamorous as it sounds.) Louis has written and contributed to many books on SQL Server topics over the past 20 years. His most prominent work has been five editions of his book entitled: "Pro SQL Server Relational Database Design and Implementation" for Apress in 2016, with a new version forthcoming in 2020. Louis has been a speaker at many SQL Saturday events, and has helped organize events in Nashville and Chattanooga, TN.

SQLHA, LLC founder, consultant, trainer, author, and business continuity, infrastructure, and virtualization expert Allan Hirt has been working with SQL Server since 1992 when it was still a Sybase product as well as clustering in Windows Server since the late 1990s when it was known as Wolfpack. Currently a dual Microsoft MVP (Data Platform; Cloud and Datacenter Management) as well as a VMware vExpert, Allan works with all sizes of customers no matter if they are on premises or in the public cloud and delivers training and speaks at events over the world.

Joseph D'Antoni is a Principal Consultant at Denny Cherry and Associates Consulting. He is recognized as a VMWare vExpert and a Microsoft Data Platform MVP and has over 20 years of experience working in both Fortune 500 and smaller firms. He has worked extensively on database platforms and cloud technologies and has specific expertise in performance tuning, infrastructure, and disaster recovery.

Anthony Nocentino is the Founder and President of Centino Systems as well as a Pluralsight author and a Microsoft Data Platform MVP, Linux Expert, and Corporate Problem Solver. Anthony designs solutions, deploys the technology, and provides expertise on system performance, architecture, and security. Anthony has a Bachelors and Masters in Computer Science with research publications in high performance/ low latency data access algorithms and spatial database systems. You can find him on Twitter @nocentino.

Tim is a Data Platform MVP. He has presented at PASS, SQLintersection, Microsoft Ignite, SQL Saturdays, user groups and numerous webinars. In addition, Tim runs the Columbus GA SQL Users Group, is a PASS Regional Mentor and was named a PASS Outstanding Volunteer. He's married with three children and has a passion for electronics. He also farms chickens, crops, and tilapias in his spare time.

John is an experienced data platform professional having spent over a decade working with the Microsoft data and cloud platform technologies. In this time John has learned how to get the most out of these platforms as well as the key pitfalls that should be avoided.

Randolph West, founder of Born SQL, is an independent IT consultant, speaker, Calgary PASS user group leader, Microsoft Data Platform MVP, and lead author of the book SQL Server 2019 Administration Inside Out. Randolph specializes in SQL Server performance tuning, disaster recovery, and migrations from really old versions, with an emphasis on implementing best practices. Randolph has presented at PASS Summit, SQLBits, SQL Saturdays, and user groups. You can also find Randolph acting and directing on screen or the stage, or annoying people on Twitter. Do not trust Randolph around chocolate. 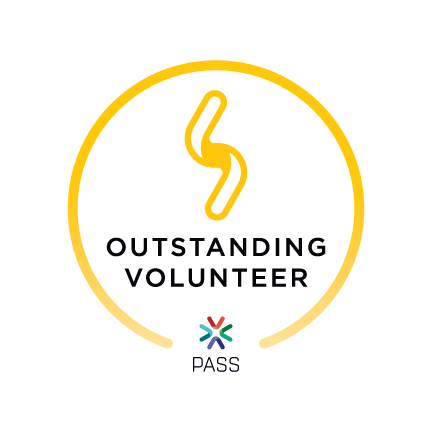